When Conde Nast Sent Us An Olive Branch: My Review of CN Traveler’s 2017 Africa Issue

Conde Nast (CN) publications are notoriously tone deaf to black culture. The appointment of Edward Enninful as the Editor in Chief of British Vogue, one of the most pre-eminent brands under the media powerhouse’s belt, may be a sign of change. The choice of sister publication Traveler to dedicate its entire April 2017 issue to Africa may be yet another implicit olive branch to people of color.

With the amount of resources at CN Traveler’s disposal, I am always surprised at the sloppiness that seems to go into their reporting on the continent, their often disdainful attitude to what happens here, the exclusion of prominent African travelers and the lack of diversity in the countries they feature. My dislike peaked after a Facebook live video featuring CN Traveler editors Sebastien Modak and Erin Florio where within the first minute the host had already referred to Africa as a country. During the video, in response to a question from viewers about what travelers could expect to eat while traveling in Africa, one editor warmly recalled eating tree worms in a village in Zimbabwe. Naturally, when I picked up the April issue of CN Traveler, I was expecting similarly degrading commentary.

Yet, the cover set the right tone immediately. It was a portrait by Senegalese artist Omar Viktor Diop. As in, an image of a person. Not a baobab tree or a lake as page 12 of the magazine reveals were actual options the editorial team considered. But an African person, journalist Oumy Ndour. In making this seemingly small decision to choose a human for its cover, CN reveals the continent to be more than its wildlife and reminds us that the magic of travel is in the people we meet and their stories. Correspondent Sophy Roberts gave me further hope as to wat to expect when she said as quoted in the Editor’s Note: “Africa’s profile has risen. It is the delicious rebel, the edgy outliner…Sure it’s politics can be unpredictable. But so can America’s. Get over the outdated fear of the so-called Dark Continent.”

The Editor added, “As much as we love a good safari, we fell for more than a couple Afican cities where the rising entrepreneurial and creative class is bringing in addictive energy”. But the desired divergence from safari mania did not come out very strongly in the issue. Of the 13 countries profiled, only one was in North Africa, the increasingly overexposed Morocco. Only one was in West Africa – Senegal, a welcome newcomer if only for the fact that it is Francophone. However, 7 countries were profiled from East and Southern Africa. (Central Africa is apparently a big black hole to the world). I would have loved to see Nigeria, Ghana or Cape Verde replace one of the Southern Africa countries, but there was some attempt to break the mold by including Madagascar.

Midway through the issue, Diop states what we all feel: “narratives about the continent are so lazy” and the Africa issue did not disappoint. Titled ‘Gorillas in Your Mist’, the profile on Rwanda was the typical jungle euphoria that I dread to read. Despite the fact that there was the oh-so-predictable Mowgli reference, what irked me most was not the focus on the gorilla population – they are real and beautiful and should attract the awe of visitors. I was annoyed that 23 years later CN still choose to characterize Rwanda by the genocide. Even in a travel magazine where we are speaking about monkeys. Adɛn? Why not talk about the Wifi enabled buses in Kigali or how pristine the city is? Rather CN editors suggested under “Pre-Trip Prep” to read a novel called We Wish to Inform You that Tomorrow We Will Be Killed with Our Families by Philip Gourevitch, because yes surely that will ignite wanderlust from American suburbia.

Then I got to the feature of Singita luxury conservationist lodge owner, Luke Bailes. I started the piece uncomfortably as the opening imagery was stereotypical albeit beautiful prose. “Less than 4 miles up the dirt path we had bounced along to get here, two lions slept in the shade of a rocky outcropping, a partially devoured wildebeest splayed between them”. Luckily, what I thought was going to be a Great White Hope puff peace turned into a legitimate questioning of Luke Bailes’ approach. The author bravely touched on the implicit resemblance of conservationism to colonialism. Although Singita’s response to this line of reasoning was that “the model that delivers the results in favor of conservatism is what matters over ideological rhetoric”, the author did a great job of reflecting the other side of the coin. He says, “There is no getting around the difficult reality of luxury travel here – that on some level it is fundamentally immoral. The travel industry in Africa is elite and patriarchal and overwhelmingly white. What does it mean to impose one’s privileged priorities on people whose poverty is nearly incomprehensible, and whose history with conservation tends to consist of governmental officials or wealthy white men telling them that welfare of animals is more important than their own? A conservation mission predicated on partnering with the absolute wealthiest people in the world to acquire land, then dictating how the locals should interact with that land so that you can then provide a life affirming  experience for many more wealthy people in undeniably fraught.” Insert infinite heart emojis here.

Then CN Traveler took us to Madagascar, a place I know nothing about. I was intrigued. Unfortunately, I did not enjoy the many attempts to poeticize the poverty that exists there, describing church goers as “girls in white polyester dresses and cheap Chinese shoes”. The author writes that faces in the country “seem more Polynesian than African” – whatever that means – and although the tide turned briefly when the writer spoke of the island’s potential and upcoming property Miavana, she does so with an ever present sense of trepidation against the animals and the locals.

The Case for An African City?

CN’s search for the entrepreneurial and creative class among the continent’s African cities did a bit better. A case in point – the profile on Dakar. It was a practical guide that made the reader excited to visit even for just a few days without the shortness of the visit itself seeming daunting. Properties mentioned included Radisson Blu, Hotel Sobo Bade and the Great Mosque of Toubab. Blueprint addition: Chez Fatou for brunch, Marina Bay and a visit to the Lac Rose or Saly Beach. The write up on Ethiopia was a nostalgic dance with history, deftly giving Addis a kind of New Orleans vibe for readers who require parallels with the US for comfort and context.

Starting on page 68 of the issue, CN Traveler takes you on the same route my friend Natasha and I took literally the year before from Rabat to Chefchaouen to Tangiers to Fez. (See here, here, here and oh can’t forget this memory and this one too. Ok really last one.) The writer reflected the same rejection of Marrakech that I have wrestled with for years. “A lingering louche glamour still draws visitors [to Tangiers], and certainly played into our choice of Tangiers over Marrakech, which though I have never been friends tell me has been gentrified and polished to an Aladdinesque sheen”. Indeed, the writer reflects my exact sentiments with “I think on some level we were looking for a present-day version of real Morocco…one where we wouldn’t bump into anyone from our Brooklyn neighborhood shopping for rugs.” That burn singed my eyebrows but it is true. The feature captured these Northern Moroccan cities well. My impression of the South Africa city reporting was more mixed. It was certainly choke full of powerful recommendations of who, what, where, why and how but the microaggressions such as calling Johannesburg “formerly dodgy” and praising Maboneng District as savior of the city’s newly laminated veneer seemed out of touch given the gentrification woes of locals.

And then there was the design…

So the list of properties mentioned in this issue was endless gold. I featuee some of my favorites in this post. The feature on a property in Kenya seemed to be one written by an interiors and architecture lover so the prose was naturally one of my favorites. Although absolutely not my style, the writer did a good job of evoking the feel of boutique hotel Ol Jogi owned and run by the Weinstein family. “Against a backdrop of acacia trees, the outdoor dining table is decorated of grand bronze of rhino and elephant….I could not help but to tip over my plate to see what it is – Hermes. The Weinsteins outfitted the cottage windows with curved glass from France. There is ebony furniture, custom-made lalique lamps, dark-wood antiques and a drawing room dominated by raging lions leaping out of 19th century European paintings.”

Segara is much more my style interiors-wise and I appreciated the story of its owner Jochen Zeitz, an avid collector of African art and founder of an art program where talent like Peterson Kamwathi now reside. The article also provided background into how Michealis Boyd built the Arjiju Kenya property in 21 months with a jaw dropping 400 on-site workers, setting the scene for the finished masterpiece with sentences like “the table glows under a chandelier of perforated ostrich eggshells” and descriptions of copper roll top bathtubs.

Overall, CN (Traveler) is trying. They even launched an Instagram hashtag #intoAfrica for the month, crisscrossing images of the continent curated from their avid followers. My hope is that one day a special Africa issue will be moot because with 54 countries, a healthy real estate and construction sector and bursting demographics, there will be sufficient content to have somewhere in Africa featured in every CN Traveler issue for the next 20 years.

If These Walls Could Talk: A Story of Abidjan’s Allergy to Paint 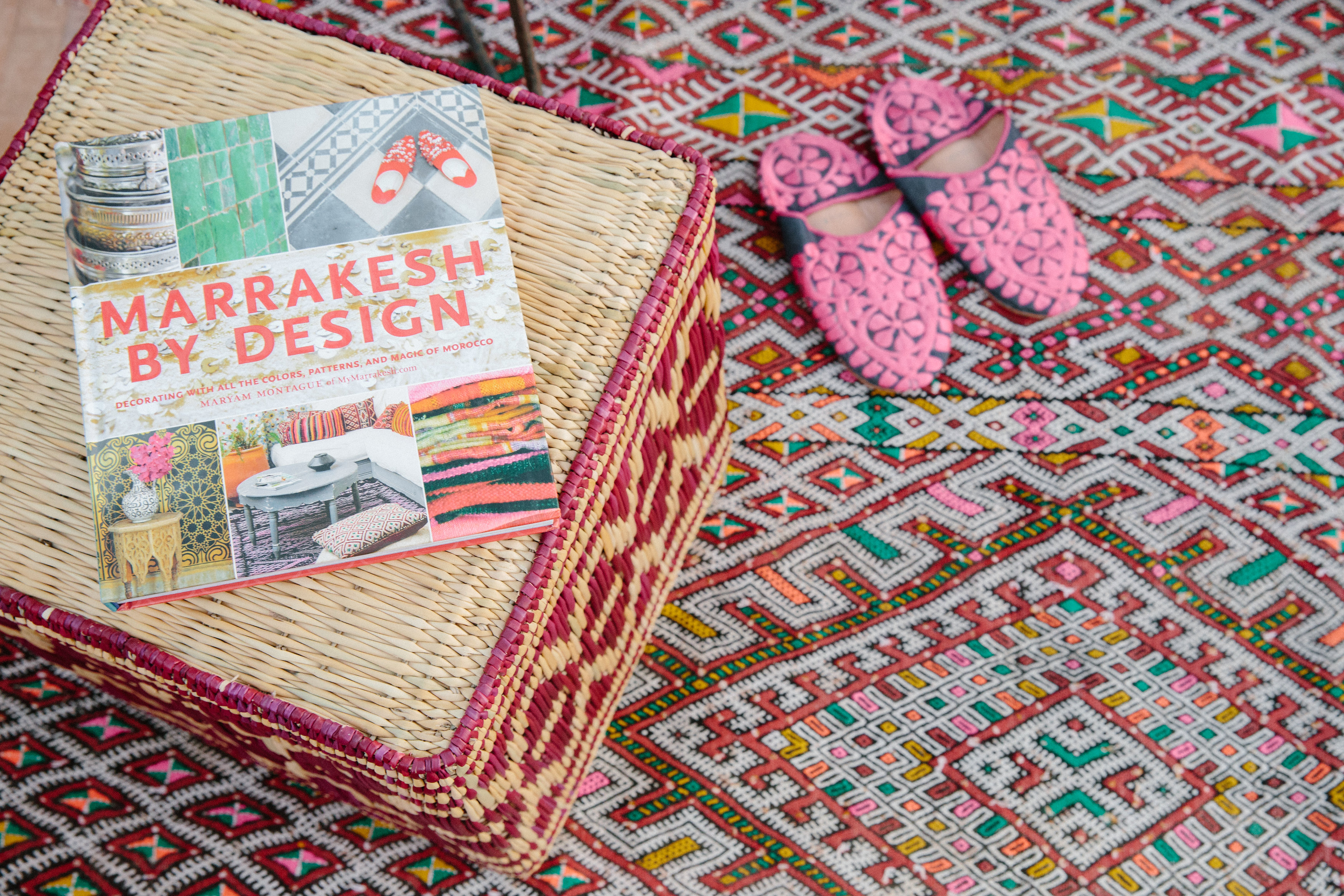