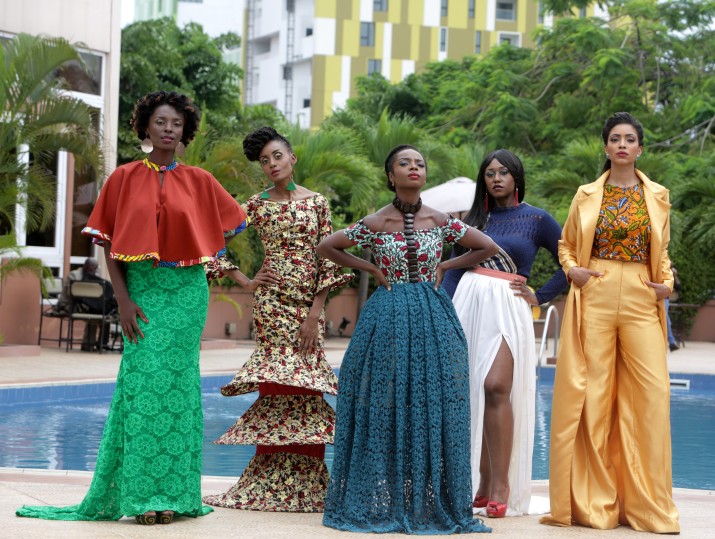 Set Design: 6 Things I Learned from Africa’s Sex And The City

An African City (AAC) premiered its second season on January 24  2016 on VHX and fans everywhere let out a collective sigh of relief that the suspense was finally over.  I was more excited than most because I got to add – Set Designer, hit web series – to my list of accomplishments.  Blueprint Africa collaborated with DAAR Living to bring Creator, Nicole Amarteifio’s vision for the set design to life.  I developed set concepts, sourced décor and helped style the homes of the leading ladies and their beaus. In addition to the memories of being on set, the best part was the learning process.  For all future set designers out there, here are my top six lessons from AAC Season 2.

You would probably agree with me that no one knows you like your mama. The same applies for characters on a TV show.  When I got the job with An African City, I re-watched all of Season 1.  For the fourth time, because I am a super fan.  I know the girls’ stories inside out. I identify most with Zainab because she is the hustler. The ambitious entrepreneur. She is the aspirational version of me, so I started with her look. I envisioned an androgynous feel for her space that I called ‘industrial upcycled chic’. Blue-grey color scheme, furniture made from recycled materials, DIY hacks like ladders as shelving but the producers advised me along the way that this vision did not sufficiently highlight Zainab’s love of handicrafts or work with female artisans. They felt that an Afrocentric vibe was more accurate. As a result, Zainab’s rooms feature earth tones, ethnic textiles and woodcarvings. I learned to align with the Creator’s vision as opposed to what the characters represented to me as a fan. No matter how often the characters appear on a screen in your living room, the Creator knows them best.

Get familiar with your workspaces in advance and know what will be required of each set. This is critical for both sourcing and styling. Scoring furniture from vendors in Accra was challenging because they are thinking about lost sale opportunities during filming. The workaround is to edit selections based what you really, really need. Why source a couch that cannot fit through the hallway? Understanding location limitations was super critical for me because we had to make the same spaces look like completely different homes! Spoiler alert: Sade and Ngozi’s love interest have the same bedroom in real life – shhh.  I brainstormed furniture placement, window dressings, filming angles – anything that could trick the eye into thinking it was a different space. Equally important is to come prepared to address limitations with relevant supplies.  The sets of An African City were model homes so double-sided tape was handy for hanging art pieces since I could not drill into the walls. For the larger art, I got creative.  For example, I propped up one of Sade’s paintings with the base of a floor lamp!  Whatever works, right?

Do not overlook logistics

When décor pieces are on loan, it is important to consider organizing transportation to set.  Dealing with logistics is arguably the least sexy part of interior styling, but it is one of the most important.  Potholed roads and fragile furniture to and from set locations in Accra can make for anxiety-riddled journeys so, plan appropriately! While shooting An African City, transporting people (crews + talent) was the priority, so we often used passenger vehicles to transport the sourced pieces as well. In the best-case scenario, you should organize movers and transportation, as the set designer is the only one intimately aware of quantity, dimensions and fragility of the pieces. Having your own little army of helpers can be a time and stress saver.

Make it pretty and believable

After styling a space, take a step back and ask yourself – Is this what my living room looks like right now? Because that is your end goal. Styling for editorials requires a space to look pristine, but set design requires the space to look believable. Request and read the scripts to get a head start on prop needs, and work closely with the fashion stylist and prop assistant on set. For example, I draped wigs, dresses and toiletries randomly in bedrooms, and shoes and jewelry in living rooms. Also, think about all the sets. All of them. In our case, Nana Yaa and the girls were at the forefront of our minds. When it came time for styling male characters, in some cases the team had to raid the crew for props – watches, shoes, backpacks, and wallets. Whatever we could find! Thinking on our feet allowed us to quickly style realistic rooms for the fellas, but never underestimate the need to plan for a loofah in the bathroom scene. The little things count.

Try to consider the number of people that will be on set at any given time. As a newbie to set design, I underestimated the importance of this. Between directors, lighting, photography, set design, fashion stylists, makeup artists, and actors – the body count adds up. This means you have to think about how the set will hold up against traffic flow. For example, in Sade’s space I improvised a rug with a yellow kente cloth. Although beautiful, any slight movement bent it out of shape because it was not heavy. We repeatedly corrected this between takes. Similarly, I used bronze statuettes as part of Sade’s living room tablescape. Unfortunately, the statuettes did not have a wide base, so any time someone tapped the coffee table they would fall. Avoid repetitive extra work by shying away from any home accessory that is fragile, easily disrupted or quickly dirtied.

Remember why you are there

As a set designer, you have your own objectives for participating in any project. You want to ensure your pieces have visibility in as many scenes as possible. You must participate in art direction and give suggestions on how to keep certain elements of the décor strategically in frame. But inevitably sacrifices may have to be made. This is where having your own photography team becomes essential. Take photos of your work both when the actors are in the space and when the room is in its untouched state. These photos become part of your portfolio and allow you to remain accountable to your vendors. Photos allow all the pieces contributed to filming to get some limelight even if they do not end up in the final cut of the show. In this way, vendors from whom you sourced can still market their contribution to the show’s success.

Set design is an implicit but central part of film and TV production. African television is increasingly recognizing that it contributes to the mood on set, helps actors get into character and supports the imagery the show wishes to emanate. I had a great time on set with An African City and hope these lessons help other aspiring set designers.

Tell me in the comments below whose apartment from Season 2 you like the most!