Many Africans wear clothing made of what is known as African print. In the US, this textile is now the foundation of the prom dress du jour. At the same time, the title ‘African print’ is a bit of a misnomer as the product is actually principally Dutch or Chinese made. Unlike Mali’s bogolanfini (mudcloth) or Ghana’s traditional kente, African print is largely an import from Europe and many bloggers have written about the importance of facing this reality for both cultural and economic reasons.  Although the aesthetic is arguably African, the revenues of its mass consumption are not.

While less celebrated than the Vliscos of this world, there is a range of fabrics designed and conceived by Africans and in some cases even produced on the continent and exported. Below are a handful of artists that are reclaiming what it means to be African and in love with textiles. Perhaps we can consider giving these designers their rightful title as the true creators of African print? Aissa Dione, now in her 60s, uses traditional looms of 90 inches to make her textiles. She combines locally grown and hand spun Senegalese organic cotton and raffia with some imported elements like the herb kinaf from neighboring Mali and Burkina Faso to create graphic and distinctly African motifs. Her designs are woven by around fifty Manjack master craftsmen in one of two ateliers: one in Dakar and the other in the town of Rufisque, 30km outside of the capital Dakar. A turning point in her career came when her work was selected by luxury brand Hermes in 1997 for their Year of Africa project. Soon she had added other luxury brands including Paco Rabanne and Christian Lacroix to her list of satisfied clients. Her work is found in many hotels including South Africa’s Hotel Saxon and the Hotel Meridien in Bora Bora. Now the owner of a gallery in Dakar called Atiss, Dione is also a full-fledged furniture manufacturer.

Originally specialized in fashion textile design, Banke Kuku is now a well-respected manufacturer of upholstery fabrics. She left Nigeria for the UK at the age of 8 but still refers to the former as her muse. In interviews she cites photographer George Oshodi as an inspiration and says many of her prints capture her interpretation of the indelible impact the oil sector has had on her country. Tales by Moonlight, one of her collections, is inspired by the sight of the Niger Delta at night. She recalls being struck by the multiple gas flares – gas wastefully burnt by oil companies – erupting like little volcanoes against a backdrop of a pitch black night sky. She translates this sentiment into her hand-painted textiles. In 2014, her eye for unconventional color combinations and color proportion won her the Triump Women in Making competition. Kuku’s textiles are on sale at Selfridges and other outlets in Europe with cushions ranging from £79-169. Chrissa Amuah describes her identity as reflecting duality. British born, her family is Ghanaian with heritage from Togo and Benin. Unsurprisingly, she reflects this in her textiles at AMWA Designs revealing that she sometimes mixes local foods such as gari (a popular starch in West Africa made from cassava) into the paint that she works into her fabrics to add texture. Holding a Masters degree in textile design from Chelsea College of Arts in London, she skillfully navigated a world of over 100 West African Adinkra symbols for inspiration for her first collection. Increasingly she has become an advocate for local manufacturing and handwoven techniques. She says: “If you look at our Ankara fabrics, made in Holland and elsewhere, we need to ask why. I spoke to the manager of Akosombo Textiles in Ghana right after they made redundant over 2,000 people due to imports. Imagine the knock on effects. People need to consider supporting locally made and manufactured items. There is a price to be paid for accepting and buying cheaper things. Often it’s someone’s employment. Even if you are not paying the higher price directly, someone else is in the form of having to provide cheap labor.” With an ambition to open a physical storefront in the near future, Chrissa is now actively researching local artisans with whom she can partner to manufacture locally and recently launched a wallpaper line during Milan Design Week 2016.

Hana started off her career as an interior architect. Now the Founder of Bole Road Textiles, she insists on using Ethiopia cotton so pure and luxurious that when processed by hand the fabric occasionally retains tiny flecks of leftover plant fibers. The brand considers this evidence of (and commitment to) their handmade products. Hana reinvents traditional ethnic textiles from various regions across Ethiopia and makes them more modern and contemporary. With fabrics spun by women and weaved by men, mixed in with some synthetic yarns, Hana designs and oversees the production of table linens, cushions, throws and other textile based products. Her fabrics are developed in Ethiopia with occasional finishing and sewing done in New York City. She uses digital tools for her pattern design and 36-inch looms to create her double-weaved textiles.

Based in London, Yemi specializes in textiles related to and derived from detailed materials research. She works with material libraries and is often commissioned by them to create textiles from innovative fibers. A life changing travel grant allowed her to learn how to grow and harvest cork from the oak tree and to study the waste that comes out of wine stopper production in Portugal. From this waste she was able to make a yarn well suited to a textile for wall panels and wall coverings due to the resultant natural acoustic and thermal insulation qualities. Specifically, her cork textiles are made from woven elastane and re-composited cork – a truly unprecedented creation. She also made a fabric that is harvested from the permanently renewable bark of the East African fig tree, also known as the Mutuba tree. Her design was exhibited at UNESCO’s Bark Cloth in Manufacturing Architecture, Arts and Design event. Mutaba is harvested every year without felling the tree and has a naturally occurring fibrous structure which resembles woven bast fiber. The geometric patterned surfaces Yemi created from this material have been laser cut and are available in three metallic finishes, black and various natural finishes.

There are also many other wonderful textile designers from the African diaspora as well including Althea McNish and Kezia Frederick. I might have to make this an ongoing series…

Can you name any others African female textile designers? 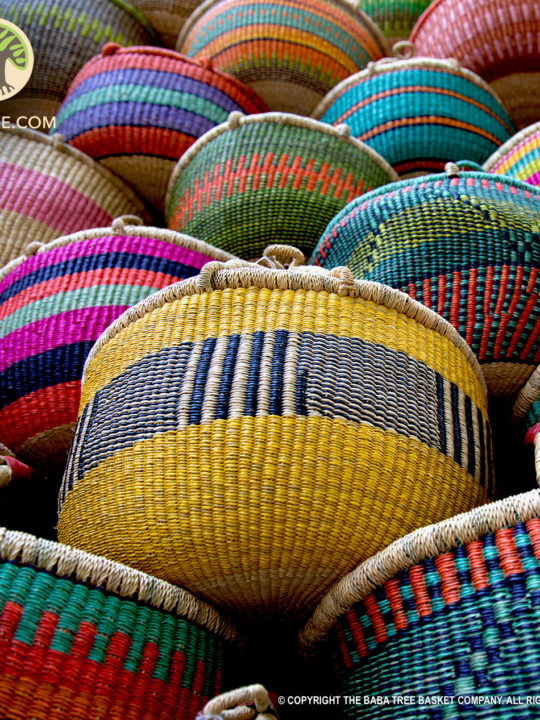 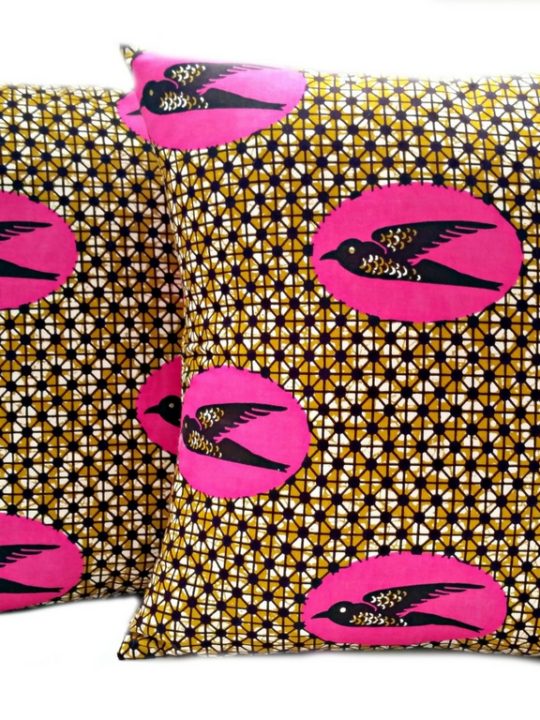