Beyond Mudcloth: An Introduction to the Myriad of African Textiles

(This is a reprint of the unedited article that appeared on www.angelabelt.com/blog)

I'm just here to remind people that there is no such thing as "African print" clothing. Just like there isn't "Asian…

In May, Beyoncé threw an Africa-themed push party. A medley of patterned fabric cemented the aesthetic but led some Africans to question the extent to which the riotous decor truly paid homage to Africa. African print is about as African as pizza is American – an import from Europe that has become so entrenched in the daily life of West African culture that to peel back its history seems an assault on regional identity. As a result, several thought pieces have debated the misnomer ‘African print’ as it is described in the West (it is called ankara in Nigeria, kitenge or kanga in East Africa and pagne in most of francophone Africa) preferring rather to highlight alternative textiles which could more aptly hold the African print title.

The myriad of African cloth

Traditional African textiles are associated with what is handmade rather than manufactured. The continent is famous for its dyeing techniques. The Kofar Mata dye pit has existed in Nigeria since 1498 and continues to operate. Traditional indigo artist Aboubakar Fofana has cornered the luxury market with bedspreads retailing up to USD 3,500. Bazin, a fabric popular in Mali is an imported white damask from Austria, Germany and Holland (ironically normally used for upholstery). However, it is its dyed, starched and 3-hour wax-stamped version that has made it a local fashion staple.

Today, designers are exploring exciting possibilities for the next generation of handwoven fabrics. Brands like Xnasozi are launching mudcloth 2.0 products such as paired down, pastel colored scatter cushions. Raffia Ghana has brought renewed vim to the Ghana’s batakari and gonja cloth formerly overshadowed by the more famous kente. Young creatives are organizing artisans to ensure the ancient expertise in weaving passes along to the next generation, and that African textiles evolve with the changing colorways and capricious fashion sense of consumers. Johanna Bramble of Senegal is a pioneer in this domain, developing fabrics on the loom that represent new patterns, and youthfully exuberant pigments. On the other side of the continent, brands like Bole Road Textiles and House North of Addis are using traditional Ethiopian gabis as the foundation of their homeware brands.

Some designers are veering further off the beaten path, reimagining entirely what African print means. Textile designer Chrissa Amuah mixes local foods such as gari (a popular starch in West Africa made from cassava) into the paint that she works into her fabrics to add texture. Cocolili founder Furaha Bishota whose first collection of textiles are inspired by prominent African foods including papaya and matoke (or ripe plaintain) are digitally printed. African designers are also inspiring themselves with traditional fabrics from other regions. South African interior designer, Donald Nxamalo recently launched his second fabrics collection with Hertex inspired by travels to Mali, Uganda and Kenya. None of these collections at first glance look ‘African’ – and yet, they are.

A word on mudcloth

The darling of the moment is bogolanfini (or bogolan for short) – commonly known outside of West Africa as mudcloth. Raw cotton is loomed and then dyed in a concoction of hues derived from plants, dried and finally hand-painted with iconographic secrets. The paint is made from fermented mud, hence the nickname. Due to its sturdy nature, bogolan is a DIY upholstery favorite in Europe, Australia and the US. Décor enthusiasts love it for its monochromatic neutral colors and uncanny ability to fit into a multitude of design styles: scandi, modern and bohemian.

But mudcloth was traditionally worn by men during hunting expeditions as camouflage and protection against the elements. While bogolan eventually found its way into contemporary African fashion with brands like Nio Far, the application of the textile to home styling remains odd to many a West African. Perhaps it is the psychology behind preferring something foreign over something local. Perhaps it is the reverence that we attach to our cloth (I once used a traditional cloth as a rug on a TV show set and was immediately scolded by an aunt for disrespecting our culture because the cloth was on the floor). The reasons are likely as vast as the number of African fabrics that exist, however it puts into question why the African-themed home is synonymous with the use of such fabrics when it is such a rare sight in our own communities, although that is slowly changing.

The future of production

Textiles from Africa, whether traditional or modern, present opportunities for innovative homeware designers looking to differentiate themselves in a market saturated by Dutch wax. However, the fear still looms that higher demand for traditional textiles like mudcloth will translate into a loss of skill and employment. Traditional textiles are labor intensive and therefore more expensive so rising global demand pushes producers to consider mechanization to speed up production, often compromising quality and jobs. Already, producers of mudcloth shortcut the production process by using stencils rather than painting the designs free hand. Furthermore, designs which were once part of a symbolic dialect are now randomized geometric shapes devoid of the cultural significance they once held.

Even Dutch wax is increasingly taking on the trappings of fast fashion with manufacturing plants sprouting up in China, flooding the African market with cheaper versions of the prints that once brought Netherlands-based Vlisco (the African print originator) an army of loyal patrons. The move towards mechanization is inevitable thus the goal now is to keep production of our textiles on the continent. The African Development Bank has launched an initiative to raise awareness of the importance of local textile production to the continent’s development.

Ultimately, global discourse around what is an African fabric and whether any certain umbrella aesthetic can apply to them will continue for many years. Luckily, better education around the diversity of African textiles and a wider definition of what African print means could open a world of opportunity to the design industry.

Enam Gbewonyo’s Lessons for Surviving the Intersection of Black, Diaspora, Gender and Art 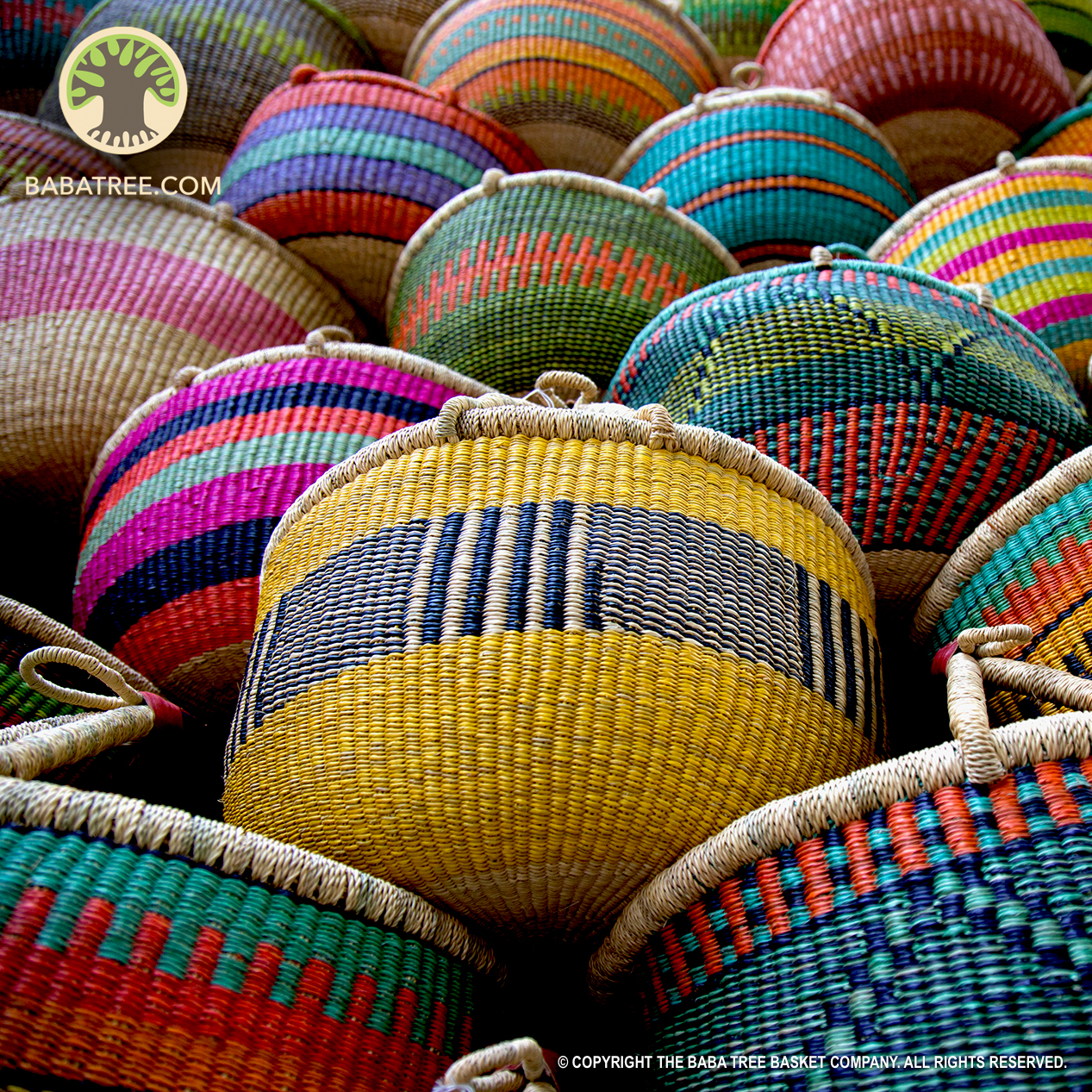 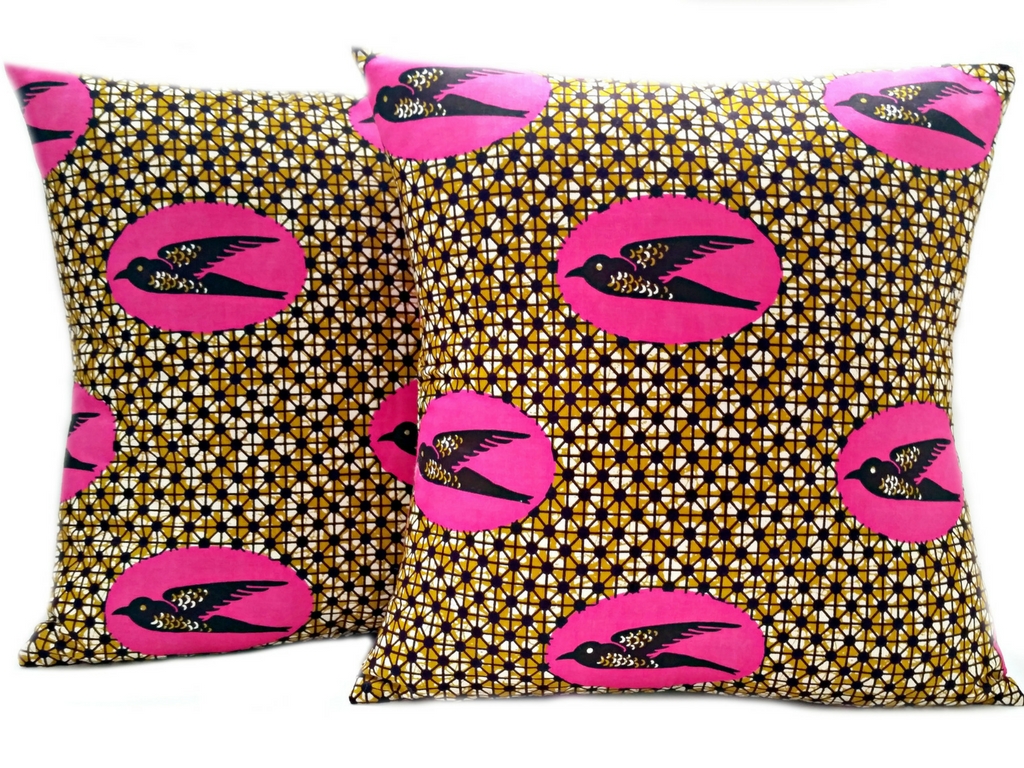